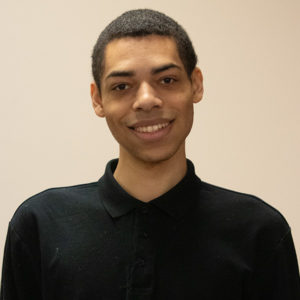 What is your favorite role that you play?
This is a hard question because I have two favorites. My favorite role to play for our younger audiences is that of Dr.SmartyPants from the show Stop and Think. He’s such a young and vibrant character. I love to play up the childlike mentality of the character which I think is often one of my strong suits as an actor and having also done a lot of character acting. Also I think the kids respond to that kind of energy and since they like Dr. Smartypants, it makes it easier to help them understand the lesson of the piece.  The other is a character who only appears in only one scene of a larger play- David from the show Choices. The scene itself explores depression and the eventual death by suicide of the character. Now that in and of itself sounds very sad, and it is, I’ve cried more than once after the last scene, but it’s also such a needed scene, and character. Teaching middle school and high schoolers what to look out for and how to get their friends, or themselves help. To show them there are people, more specifically adults who care about them and love them, and the fact I get to play a character who is a vehicle for such a difficult conversation that not all kids or adults are always sure how to have is in a way beautiful. Not to mention how realistically he is portrayed in the piece. He’s not a cartoonish depiction of depression, he’s a real person, who we see go through all of the stages of grief in such a sad and yet real way.

What is the best part of performing RESPECT shows in front of large audiences?
Definitely how much more free kids tend to be with reacting to the show. If they find something funny it tends to go over better when their friends or other kids are also laughing or excited. There’s no feeling quite like verbally hearing how much your audience is actually enjoying the show you’re putting on for them.

What is the best part of running small RESPECT workshops?
Getting to really know your group and letting them get to know you in a more personal sort of way. By the time we have to leave for the last time you can really see the impact we’ve had on the kids attending. We become part of their weekly routine and they become a part of ours. In many ways they grow with us and we also grow with them. It also makes it a little easier to know when certain ways of communication will work with certain students more then others. After all we’re all different and we all respond in different ways.

What is something that you’ve learned by being part of RESPECT?
“I” language. I’d never really considered before how often we as human beings take someone telling us they are upset personal until working with respect nor how much saying “I feel this way” vs “You did this” Changes how receptive someone is to the information you’re giving them. It’s helped me in everyday disagreements with people, and I’ve found by using it that often times people don’t mean to upset you or hurt your feelings or that what seemed obvious or a big thing to you might not have to them. It’s so useful. Especially when also modeling that behavior to kids,especially little boys, who often have a hard time knowing how to discuss what they are feeling. I’ve even taught some of my fellow adults how to use it, and it’s helped (ironically enough) build healthier and safer relationships in my life.